Does drinking cause rosacea? 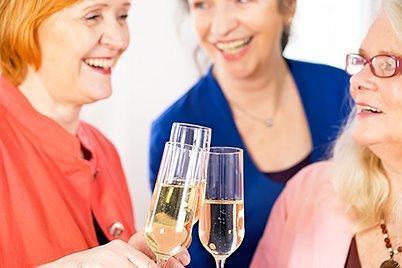 While drinking may play a role in causing rosacea, people who never drink alcohol can develop this common skin condition.

Research suggests that drinking alcohol may increase a person’s risk of getting rosacea.

A study published in the Journal of the American Academy of Dermatology concluded that the women who drank alcohol had a higher risk of developing rosacea than the women who didn’t drink. In this study, the researchers found that the:

Researchers reached these conclusions after analyzing data collected from 82,737 women over a 14-year period.

Two earlier studies also found a connection between drinking alcohol and developing rosacea. In one study, the researchers looked at twins. Studying twins can help scientists figure out if a disease is caused by a person’s genes or behaviors, such as drinking, smoking, or spending time in the sun.

In this study, researchers collected data from 275 pairs of twins. After studying the data, the researchers concluded that drinking slightly increased a person’s risk of getting rosacea.

People mistakenly believe anyone with a red face drinks heavily

While researchers have found that drinking alcohol may increase the risk of getting rosacea, it’s important to know that:

Too often, people mistakenly believe that anyone who has a red face drinks too much, according to the National Rosacea Society (NRS). This misperception may cause people who have rosacea to worry that others will think they have a drinking problem.

After surveying people with rosacea, the NRS reports that nearly two-thirds of them say they “have avoided situations because they felt uncomfortable or embarrassed” when they had a red face.

Too embarrassed to see a dermatologist?

If having a red face leaves you feeling embarrassed, it’s important to keep in mind that people who never drink get rosacea.

Dermatologists encourage anyone who has a permanently red face or long-lasting flushing to see a dermatologist. Rosacea could be causing the redness. Other conditions can also cause a red face. A dermatologist can give you an accurate diagnosis.

If you have rosacea, treatment can help lessen the redness and prevent rosacea from worsening. That can help you feel more comfortable and less embarrassed.