Natural treatments for skin cancer not as safe as you think 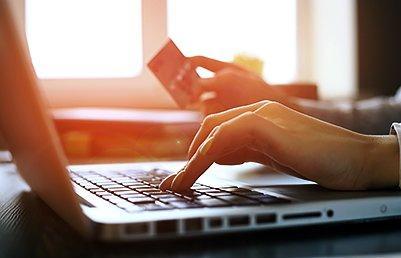 Shopping for a home remedy to cure skin cancer: People are often unaware of how harmful these all-natural remedies can be.

It’s said that every story has two sides. This is certainly true when it comes to vitamins, herbs, and other natural treatments for skin cancer.

When shopping for natural skin cancer remedies, you’ll often see claims that these products can cure you. The following patient experiences, pulled from medical journals, illustrate how harmful these claims can be.

A 53-year-old man noticed a small growth on his chest that was slowly turning black. He looked online for an “herbal cure” and discovered black salve. After applying the black salve for 10 days, he saw that just a bit of the growth remained.

Six months later, the growth started to grow, so he began applying the black salve again. In 6 weeks’ time, the growth had doubled in size. It looked like an open sore and was oozing pus. This prompted him to visit an emergency room. He was diagnosed with melanoma, the most-serious skin cancer.

If this man had seen a dermatologist when he first noticed the small growth, he could have received treatment then. Found early, melanoma is highly treatable. Once it advances as it did in this man, melanoma can be life-threatening. Treatment becomes difficult.

Black salve can also damage the skin, as this next patient experience illustrates. A 42-year-old man who had colon cancer felt a lump in his belly. To help him, his mother searched online for cancer salves. She bought black salve and yellow salve. Sellers of black salve claim that it can draw out skin cancer. Yellow salve is sold to help the skin heal after it’s treated with black salve.

After applying the black salve for 8 days, the man developed a hole where the lump had been. His feces were leaking out of the hole. He was hospitalized and put on intravenous (IV) feeding in the hopes that the hole would heal. Fortunately, it did.

Other people have had their skin damaged by black salve. The Journal of the American Academy of Dermatology reports of a man who had a growth on his nose. His dermatologist suspected it was a melanoma and recommended a skin biopsy. He refused, opting to treat it with black salve instead.

To get the growth to disappear, the man used black salve for many months. Not only did the growth disappear, but so did the side of his nose that he was treating. 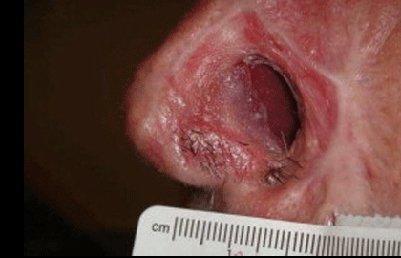 If you search online for black salve, you’ll find claims that it can draw out cancer. This is misleading. It’s never been proven to work.

Governments around the world are warning their citizens of this fact. In Australia, people are advised not to purchase black or red salves to treat cancer. An online alert says the Australian government is “not aware of any credible, scientific evidence which shows that any black or red salve preparation is effective in treating cancer.”

In the United States, our government does the same. The U.S. Food and Drug Administration (FDA) includes black salve on its list of 187 fake cancer “cures” consumers should avoid.

Natural products can cause side effects during skin cancer treatment

Black salve isn’t the only natural treatment that concerns dermatologists. Vitamins, herbal remedies, and other all-natural products can interact with cancer treatment. Vitamin A, vitamin C, and St. John’s wort are especially worrisome. If a patient takes one of these while on chemotherapy or receiving radiation treatments, serious side effects can occur.

In Germany, many people take mistletoe to strengthen their immune system. If you have melanoma, your doctor will advise you to avoid it. German studies have found that mistletoe may cause melanoma to spread more quickly.

Dermatologists also worry when patients take vitamins and other supplements during clinical trials. Patients agree to take only the medicine being studied. Surveys, however, indicate that patients often supplement with natural products. They use these products to help strengthen their body during cancer treatment.

This is understandable. The problem is that vitamins, herbs, and other natural products can interact with cancer treatments. In a clinical trial, there is no way to know whether the drug or the interaction between the drug and an all-natural product caused a serious side effect. This could prevent potentially helpful treatments from becoming approved.

To improve cancer treatment, dermatologists continue to study new therapies and ways to improve existing ones. Their research includes looking at complementary and alternative treatments.

If you’re considering a natural treatment for skin cancer

To help their patients get the most from treatment for skin cancer, they recommend the following:

Now that you know the other side of the story, you can make decisions that protect your health.

Nose treated with black salve: Image used with permission of Journal of the American Academy of Dermatology: J Am Acad Dermatol 2011;65(5);e154-55.